skip to main | skip to sidebar

After more than a week off I am back and sharing more fun Michael Jackson memorbilia.

I sold these gloves in my store in the 80's. They are stretchy with silver glitter elastic thread running throughout the glove. They were so popular and people would come in and try one on and had to buy it. The glove was like magic!! 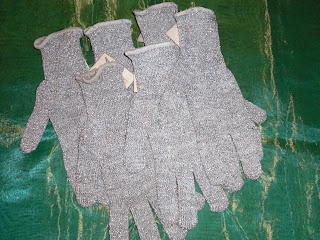 This jacket is from the Michael Jackson fan club. I had the matching t-shirt and sweatshirt which I wore all the time. I didn't wear the jacket because I was afraid I would never be able to replace it if I wore it out. The jacket is black satin with silver thread for the logo! 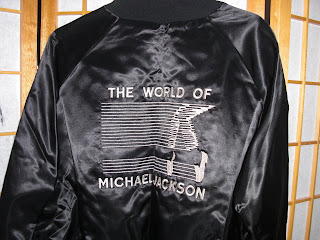 My Michael Jackson and Jackson 5 album collection. There are a couple of 8tracks. I had many cassettes and have all the CD and CD mixes. I actually bought my first CD player because of Michael Jackson. I already had the "BAD" album and I found out there were bonus tracks on the CD. Off I went to buy the CD and a player! 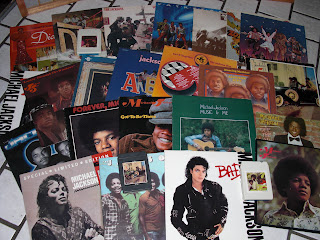 I love these shoes!! LA Gear came out with a line of Michael Jackson shoes called "Unstoppable"
I always wished I had bought the other styles too. These are white with gold metal buckles. There are studs surrounding the shoe and the laces were white with glittery gold threads throughout. They were stylin' :-) 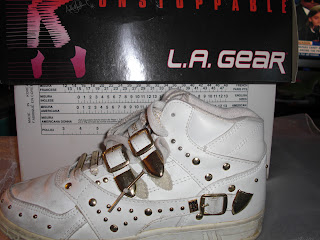 This is my prized artist designed shirt. It is definitely a piece of artwork and from the Smooth Criminal time period. I have this hanging in my bedroom. The beautiful blue on the black shirt has the great nighttime effect. 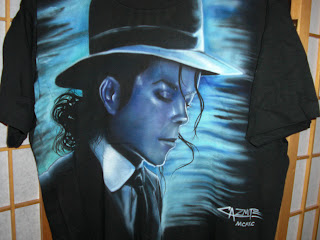 Thanks for sharing my love for Michael. Next post will be about some fabulous finds of the week!

Welcome to my Blog!

Please feel free to email with any questions or comments you have to thetrendguru@yahoo.com